Somewhere in the voids of futile stigmas and norms,

Are the carcasses of those who were drowned in a silence full of pain.

Somewhere because of the so-called societal definitions,

Choke and die away those whom you restrain.

Shunned are the voices who speak for change.

You hold them back from being their own selves, unapologetically.

With a vision blurred by binary ideologies

Those rainbows you fail to see.

Some lull their realities to a sleep that outlasts their life,

So that they can fit in the moulds that the society had made.

Some drench themselves in the colours you love,

Until their genuine hues die out and fade.

Some fail to fathom their identity.

Some followed the routes yet went astray

For the maps you drew didn’t lead to their destiny.

Some sing their silences to the moon.

And the starlit skies nurse them with hope,

As the hydrogen and helium lights dance on the echo of their silent tune.

They paint the world with pride and compassion,

Yet happily go down unnamed.

For a more beautiful and better tomorrow.

Let’s bloom into a compassionate society that celebrates differences.

Let’s build a world where together we live and grow.

It is divinely beyond control.

After all, love is love, you see…

Gendered is no soul!

A Note To My Mind

SHE- The Enigmatic Soul

THE JOURNEY: From Darkness to Light

Thank You Followers for the 100 Follows

MY MOST LIKED POSTS 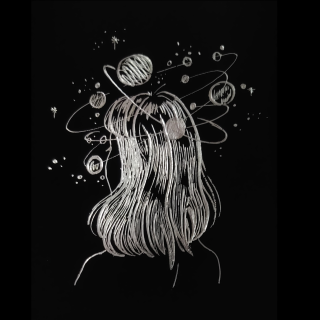 Hey there! I am Riddhima Nayyar. I like to use words like ‘writer’, ‘poet’, ‘art-admirer’, ‘music-addict’ and ‘dog-lover’ as synonyms of my name. You’ll see me turn around enthusiastically at the mention of ‘books’, ‘art’, ‘writing’ or ‘poetry’. I am often found sniffing books, reading books, adding books to TBR list and pleading mom to let me buy paperbacks which I’ve already read on Kindle. If you ever find a girl who will raise her hand to lead or to do all the work in a group task yet finds difficulty in walking up to strangers to strike a casual conversation, you’ve probably found me. An aesthete at heart, I try to find beauty in everything and everyone I see. I am a passionate, lively and talkative person living under my own carapace. You'd either find me strolling in the corridors of the Hogwarts school of witchcraft and wizardry, or walking down the busy streets with Rusty, or perching in some forgotten nook or corner, alongside an open window where the sunlight embraces me and the winds whisper their songs into my ear, simply laying down my heart on a paper with my pen... Hope you'd enjoy giving a read to my blog!